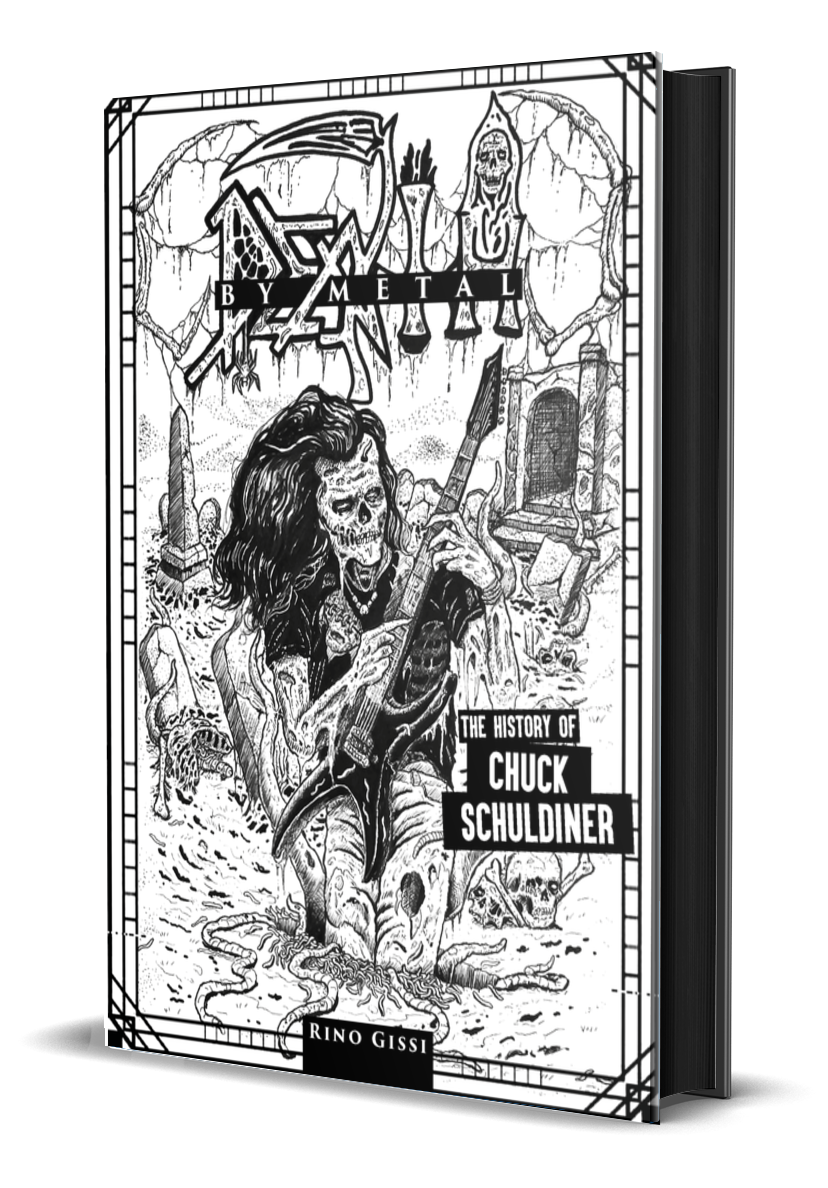 ONLY 98 COPIES LEFT! GRAB YOURS WHILE YOU CAN!

United States, mid-80s. Following the rise of thrash metal, another revolution disturbs the heavy metal scene: the birth of a major monster, death metal. And right in the heart of this storm, one group stands out to the point of practically naming the genre as a whole – Death, guided by the tenacity and perseverance of a boy who would not give up on his dreams easily.

His name is Chuck Schuldiner. Thanks to Chuck, over the years Death became a complex war machine. Far from the stereotypes and clichés of the musical currents that the band helped create, the group elevated the idea of ​​heavy metal to a level that few dared to play.

Tracing the most important events in Chuck's life and career, extracting details from those who knew him closely, and examining all his albums from a musical and lyrical point of view, this book celebrates the life and work of a great artist, whose contribution is seminal to the history of heavy metal. A boy who always liked to think independently and who lived for the music, whose dream was prematurely interrupted, at the age of thirty-four, by a cruel illness that took his life.

If the above buttom doesn't work, just send us $44.90 by paypal to contato@esteticatorta.com.br with your full mailing address and we will arrange the shipment. Tracking number will be send by email within 2 business days after the payment.